What is Sedation Dentistry?

Sedation or “sleep” dentistry is a term you have probably heard being used a lot recently. Let’s sift through the meaning of sedation dentistry. Not all sedation dentistry is the same. The goal with “conscious sedation” is to allow the patient to relax and often forget the procedure. The point is not to render them asleep. Oftentimes patients will fall asleep throughout the procedure, but it is mandated that we can easily wake them up and they can still communicate with us.

Sedation dentistry comes in several forms: pills, nasal, and intravenous (IV). There are pros and cons to each. First of all, special certification is required to be able to offer any form of sedation in the office. However, just because a dentist can offer one form of sedation doesn’t mean that he/she can offer all forms. Pills require the least training and certification. In order to provide nasal or IV sedation, this requires having completed a graduate program/residency and performing at least 25 monitored sedations during that training. Again, not all sedation dentists are the same.

As far as the different forms of sedation: Pill sedation is usually accomplished with a drug such as Halcion. The patient will typically arrive to the office, with an escort, one hour before the procedure. The patient will take 1-2 pills to begin to relax. This is a wonderful treatment for those patients who are fearful of needles and can’t tolerate the IV. It can work well, however there are limitations. Pills require digestion and metabolism to have an effect. Since every patient’s metabolism and digestion are different, it is very difficult to predict how they will react and whether they are too relaxed or not relaxed enough. If the patient doesn’t relax enough, then they have to be re-dosed and time must elapse to re-evaluate how they are doing. As you can see pills can be a bit of a guessing game and a bit difficult to achieve the desired effect. Again, it is the most common form of sedation because it requires the least training.

IV sedation is the next form of sedation. Again this requires a year-long residency and certification to perfom in the dental office, hence much less common. With IV sedation, the patient receives sedation medications through an IV line. What is great is that we have much more control over the effects. Since we have immediate access to the bloodstream, we can see the effects of each incremental dose in minutes, not hours, and can add a little every minute or two until we achieve the desired effect. This means that the desired level of sedation is achieved more quickly and precisely. What this also means is that since we have direct access to the bloodstream, we can administer any emergency drugs quickly and easily in the rare occasion that they are necessary. These facts offer a great advantage over pill sedation. The negatives of IV are that it requires the placement of an IV, which typically is not terribly uncomfortable (feels much like having blood drawn for blood tests), and it is a bit more expensive than pill sedation.

The final and newest sedation technique is “intra-nasal” sedation. “Intra-nasal” sedation has the same certification requirements as IV sedation. Since this route of administration is considered to have direct access to the blood stream a dentist only certified in pill form sedation can not perform it.

Intra-nasal sedation is administered through a special device with which the sedation drug is vaporized into the nose. It can work very well to sedate the patient, but doesn’t quite have the potency of IV sedation. It often relaxes the patient very well and because we have the special vaporizer we can administer emergency drugs this way also. Thus, the positive is that it doesn’t require an IV, the negative is that it is not quite as effective as administering the drug right into the vein.

So there you have it. Sedation dentistry in a nutshell. Dr. Perry is one of the only dentists in Texas who can offer all of the above forms of sedation and accomplish almost any form of dentistry while you are sedated: from routine fillings to surgery, dental implants, laser dentistry and CEREC CAD/CAM porcelain restorations in one visit.

Remember, always discuss what form of sedation you wish to have with your dentist. Realize that not all dentists can offer the same level of sedation and do your homework.

We welcome the chance to offer you a complimentary consultation about this or any topic in dentistry. Just call Dr. Perry at 210-DrPerry (377-3779). 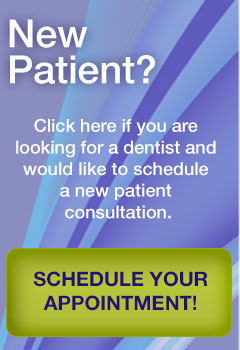